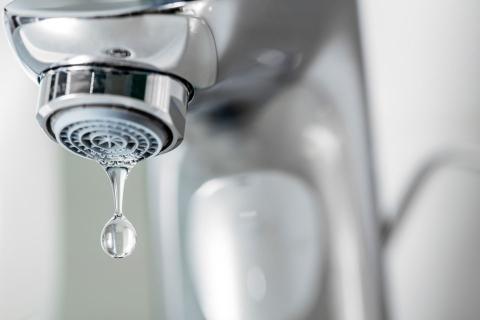 Research reveals that while small businesses view themselves as cost-savvy, most aren’t switching water suppliers, or other services.

Since April 2017, businesses and organisations in England no longer have to buy their retail water services from their regional water company, and can choose one retailer for their water and another for wastewater services, or just one for both. Small businesses that switch can expect to see a reduction in their water bills, and may also see further cost reductions through the identification of abnormally high levels of consumption and leaks. In addition, having the freedom to switch gives small businesses the chance to choose a company with a better customer service record than their current supplier.

Despite these benefits, research carried out by SES Business Water and YouGov, in which 757 people were surveyed, revealed that just six per cent of small businesses with an office in England have taken the opportunity to switch water suppliers. Conversely however, 92 per cent of small businesses taking part in the research believe they are cost-savvy when it comes to choosing suppliers, and 98 per cent believe being cost-conscious is an important attribute for their type of organisation – indicating they will place importance on being careful with money, being mindful about their purchases, and always looking for the best deal on supplies, including utilities.

SES Business Water’s research also showed that, on average, only 39 per cent of small businesses are likely to switch providers of other services*, including stationery, IT, catering, cleaning, car leasing, energy, healthcare and pensions – so many more businesses could benefit from making comparisons and switching to save money.

Max Langford, SES Business Water’s commercial director, said: “Small businesses play a significant role in the country’s economy, but it can be challenging for them to grow and prosper. Therefore, they need to be shrewd when it comes to their spending behaviour, especially in today’s uncertain times.

“However, their inactivity in terms of switching suppliers of key products and services could mean they are missing out on a range of important benefits – for water, these include cost, efficiency and resource savings, and better customer support.

“While our research confirmed that an overwhelming majority of small businesses believe that it’s important to be cost-conscious, and view themselves as cost-savvy, it also highlighted there is potential for many businesses to refocus their efforts, shop around and save money.

“Small businesses are far more likely to switch energy or stationery supplier than their water supplier, even though switching water could reduce their costs. It’s clear that more must be done to raise awareness of the open water market among small businesses so they can actively engage in it.”

SES Business Water is committed to improving market engagement by communicating with small businesses across the UK to explain how switching can help them achieve cost savings and access better products and improved customer service.

To coincide with the one-year anniversary of the opening of the non-domestic water market in England, SES Business Water has published The Missed Opportunity report, which summarises the switching activities of small businesses.